Dead tail, cold tail, limber tail? Whatever you want to call it, seems to be a pretty common thing in this sport. I have also seen it in many dogs after hunting in cold weather when they have spent some time in cold water. I have seen dogs at conformation shows where they were bathed the night before and not dried thoroughly and got chilled, and could not be shown because they woke in the morning with a dead tail.. Then there are the Flyball dogs who spend their time between races cooling down in a wading pool, and left wet to stay cool, actually cool down too much and end up with dead tail the next morning and can’t race. I have also heard of a possible connection to being confined to a crate for long periods of time.

For those of you who have never seen this, the dogs tail typically comes out from their rear as normal, then about 1″ to 3″ out it just drops drastically. It hangs there, motionless, and when the dog walks, it can actually just swing uncontrollably, making it appear broken. Some dogs do not really feel it, or at least they don’t show that they do. Other dogs can act very painful, moving slowly, whirling around and looking at their tail like something just bit them in the bootie.

I have heard a few different theories as to what causes the tail to go limp. Unfortunately the exact cause is not known. It is thought that the dead tail, or the inability of the dog to use it’s tail, is because of damage that has occurred to the tail muscles. The recommended therapy to muscle damage is of course rest. But, when you have paid your entry fees and traveled many miles to an event, “rest” is just not an option. So, I look to preventing the problem from occurring and that is where my recent focus has been.

From my own experiences with my dogs, and from the other cases I have seen, I believe it mostly happens when dogs get too chilled from spending time in cold water and not getting them dried off thoroughly and warmed up.

My own dog, Tonka, has gotten this a few times in different situations. The first time he got it, was at a Flyball tournament, and it was so painful, he could not concentrate on anything except whirling around and looking at his sore tail. Later, he got it a few times while out training for hunt tests when it was just a bit colder than normal. He also got it playing in the San Diego Bay when I ended up staying down there for business and did not get him dried off well enough. Boy did I feel like a bad mom! I have done some experimenting since then, trying different things on my own to keep Tonka from getting dead tail.

The recent San Francisco event was held in a chilly building and the water in the pool was pretty cold too. There were 2 dogs at this event that got dead tail. I can tell you that Tonka would have had dead tail for sure if I had not done what I did for him. First, I started him on a non-steroidal anti-inflammatory twice daily the night before his first time in the pool and kept him on it for a few days after the event ended. I hoped that this might help reduce any muscle inflammation he might get in his rear end and tail before it happened. I had purchased a small, electric heater awhile back to take with me to events. Luckily at this venue we had electric outlets in the crating area. Each time Tonka was done jumping, I dried him almost completely dry with a chamois, and finished him off with a towel. I put him in his crate and covered it except for the front door. I plugged the heater in and faced it into his crate and he was nice and toasty in no time at all. It was a good plan, as he never got dead tail that weekend.

As I look forward to the Las Vegas event, I know there will not be access to electricity, so I am thinking of other options, possibly bringing a small propane heater instead? I know Vegas very well, and it can be beautiful weather in February, or it can be freezing cold and brutally windy. I do know that I will take the time to get him as dry as possible before he goes into his crate, use very dry bedding, keep the crate covered to keep in his body warm and hope for the best.

Again, prevention is the best medicine….but, if your dog happens to get a dead tail, the best treatment for muscle damage is rest…as for me, I personally like to speed up the healing process as I hate to see any dog in pain. Ascription (Aspirin with Maalox) can work wonders in some cases, and I think the other suggestions on the message board about using oils and massage are great ideas and certainly worth a try

Brought to you by 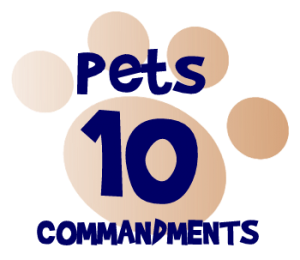 Copyright © 2022 Gone To the Dogs LLC - DogRepair.com. All rights reserved.